Converting to a CIO

Most village halls were traditionally created as unincorporated charitable trusts. Barham Village Hall is currently one such Unincorporated Charity. The charity holds assets in the form of land (including the Bowling Green, allotments and car park) and property (the hall and shop) and provides services to local people. Barham Village Hall is managed by a group of charity trustees. Charity trustees have duties and responsibilities under law and they are the ones who the law recognises as having ultimate responsibility for any loss or liability that accrues to the village hall. In a worst case situation, any contractual or other liability of the village hall to a third party which is not covered by the village hall’s assets or insurance, must be paid by all of the charity trustees. The spectre of unlimited personal liability is one of the reasons why fewer people wish to become charity trustees.

Consequently, the hall trustees decided to investigate whether incorporation was appropriate for Barham Village Hall. Advice was sought from Action with Communities in Rural England (ACRE), the national body which supports rural community councils. They recommended that we apply to be a Charitable Incorporated Organisation (CIO). This is a type of legal structure for a charity and was introduced in 2012 by the Charity Commission Act. It is specifically designed for small to mid-sized charities such as village halls. A CIO is a legal entity and can enter into contracts and take on liabilities. This means that individual trustees do not need to enter into contracts in their own capacity. Some 20,000 village halls across the UK have now incorporated as CIOs. 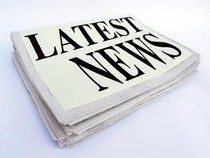 To keep you up to date with Village Hall news and information about the project and fundraising we publish regular newsletters.   They are emailed to local residents in the village and beyond, and we also make them available on the website.

If you would like us to publicise an event or activity in the hall then we are more than happy to promote it on this website.  Just email barhamcommunityhall@hotmail.co.uk and we will publish it for you.

The 100s Club has received an enormously enthusiastic amount of support in the past year.

The draw is held on the last Tuesday of the month and under normal non Covid circumstances will be at the Coffee Stop.
Thank you to everyone who has supported the fundraising efforts of the Hall - here is the complete list of winners for 2021: